One client described the project we worked on as “the best 2 years of his 27 year career so far! 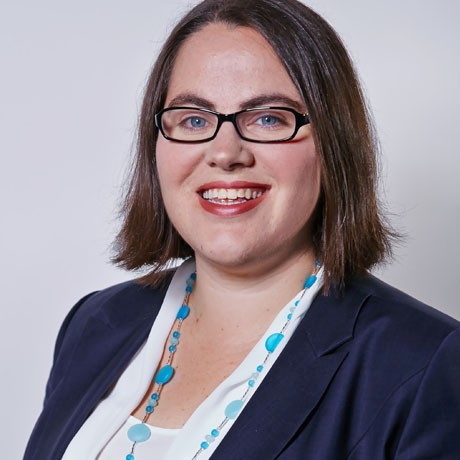 Why Oliver WymanI joined straight from Yale. The diversity of staffing assignments and the people were particularly attractive. When I was 22, I wasn’t certain I knew what I was passionate about. What I’ve discovered over the years at Oliver Wyman is that I’m passionate about solving problems with people. I love a good puzzle, but I love it even more with friends and a robust discussion. That is what our project teams are like every day. I learn from the people I work for, the people who work for me, our clients, and my peers. I get to solve interesting problems and make an impact on challenges ranging from analysis to emotions. I get to do that with a bunch of intellectually curious, highly-motivated people who care about doing the right thing for each other and for our clients. That’s a pretty cool job.

MentorsI have had the privilege to have several great mentors at the firm, both formally and informally. As an Associate, I asked a senior Partner from one of my projects to be my advisor – an official, formal role that includes mentoring and career management responsibilities. A few weeks later, he asked to arrange a lunch during his trip to the U.S. for client meetings (he was based in Germany and I was in Boston). In the end, he travelled to Minneapolis just to spend three hours together. He told me why he thought I could be successful and why I should be confident regarding my own abilities. He listened to my fears and dreams. It was a great conversation which was the beginning of a relationship that has been central to my success. Several months later, I made a few mistakes on a project and was receiving some tough feedback. I called him, embarrassed to ask for help so soon. He helped me build back my confidence and spoke with the project managers to ensure I got the right subsequent opportunities. When I needed his help the most, he was absolutely there for me 100%. I couldn’t have asked for more empathy, better advice, or more effective action. Now that I’m a Partner, I do the same for my mentees.

Impactful work, right awayOn my first project, I was challenged to build a tool for produce managers at a grocery store. The client’s IT department said it would take 2-3 years. My manager asked me to do it in 3 weeks. When I pulled it off, I also got to hit the road to train the 30 managers who would subsequently lead training with their 500 colleagues throughout the company. My manager did the first one with me, but then he trusted me to do the remaining 3 sessions on my own. It was a tremendous responsibility at an early stage in my career and a critical component of a very high profile project. When the project was a big success, the client SVP made a point of thanking me. To this day (almost a decade later), she still hugs me when she sees me – and she doesn’t hug anyone!

Since that project I’ve had other successful client experiences. I helped one client drive over $60 million in savings per year on a sustainable basis by improving the tools utilized in planning their weekly deals. I helped another client drive over $100 million in savings by reducing the amount of wasted perishable product. Through this, I have also assisted clients in advancing their careers. One client described the project we worked on as “the best 2 years of his 27 year career so far”. Moments such as this make all of the financial impact even more gratifying.

Outside of client workWhen WOW (aka Women of Oliver Wyman) launched, I helped with efforts in my local office. As I advanced in my career and grew more senior, I took on leadership roles--first leading the Boston chapter, then a WOW global meeting, and eventually serving as a global WOW leader for 2 years. The network of women I’ve met through WOW has been a huge support for me – and now I really enjoy finding ways to help more junior women build their internal and external networks. I also aim to be a voice for women at the company, assisting to improve the experiences women have on project teams and throughout our offices. I once led an effort to create a set of small group sessions with Oliver Wyman senior leaders which engaged women regarding their more challenging experiences while working. Through the effort, I saw the tremendous commitment of our leaders to make this the best consulting firm for women. I also witnessed the incredible courage of women who learned to tell their stories and found their voice. I think an organization interested in consistent improvement and willing to spend time listening is a pretty motivating place to be.

English, a bit of Spanish