FoodCycle are a UK charity aiming to reduce food waste, reduce food poverty, build stronger communities and empower & train employees. They take donations of unwanted food from supermarkets, and use spare kitchen spaces and volunteers to produce healthy and nutritious meals for the most vulnerable in the community. 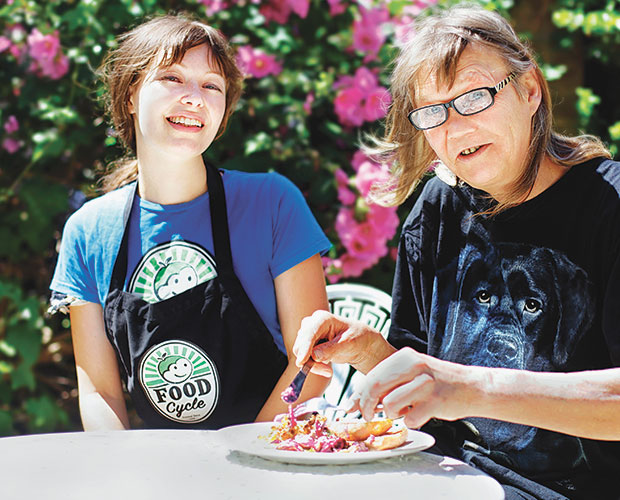 Your work has been incredibly helpful for us ‐ you’ve given us a lot of insight, and this feels like the biggest investment FoodCycle has received for years...this has made such a difference to our organization.

During an 8 week project, Oliver Wyman carried out structured interviews at all levels of FoodCycle to assess what really mattered to them. This was used to develop a new, more focused strategic model, one which has empowered and enhanced the decision making of the CEO, the management team, and the board of trustees.

Oliver Wyman also dug deep into the economics of FoodCycle’s core operational models and built a robust economic model to allow rapid evaluation of many different expansion scenarios. This identified the key elements to ensure successful, sustainable growth, which were further developed into a detailed expansion roadmap to guide FoodCycle as it transitions to a truly national force.

FoodCycle won a large grant during the course of the project, and this has allowed them to accelerate their pursuit of the expansion roadmap, helping them reach more disadvantaged people in a shorter timeframe. We believe we have paved the way for them to become an even bigger force for good in reducing food poverty and social isolation in the UK. 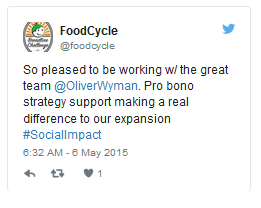 FoodCycle approached Oliver Wyman for support in carrying out a full strategic review to clarify and align their strategic objectives, and to help build a framework for evaluating new locations for expansion. 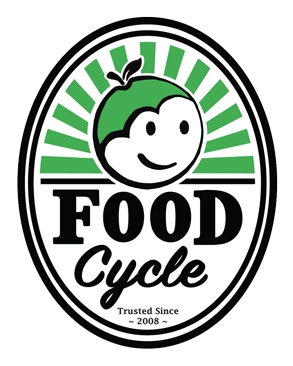