Growing sales and a flurry of M&A deals have put a brightening spotlight on fixed indexed annuities (FIA). From 2007 to 2013, despite near-record low interest rates, FIA annual sales growth averaged nearly 8% and their share of the overall annuity market grew from 9.7% to 17.1% (source: LIMRA). Also drawing attention were the numerous M&A deals that have taken place in the last several years (Exhibit 1). Changes in the FIA space have been rapid and profound and insurance carriers, industry analysts, regulators and distributors alike have taken notice.

This article recaps the formidable changes that have shaped the FIA market since its humble beginnings in the mid-1990s and offers a perspective on ten emerging developments to watch in 2014 and beyond. 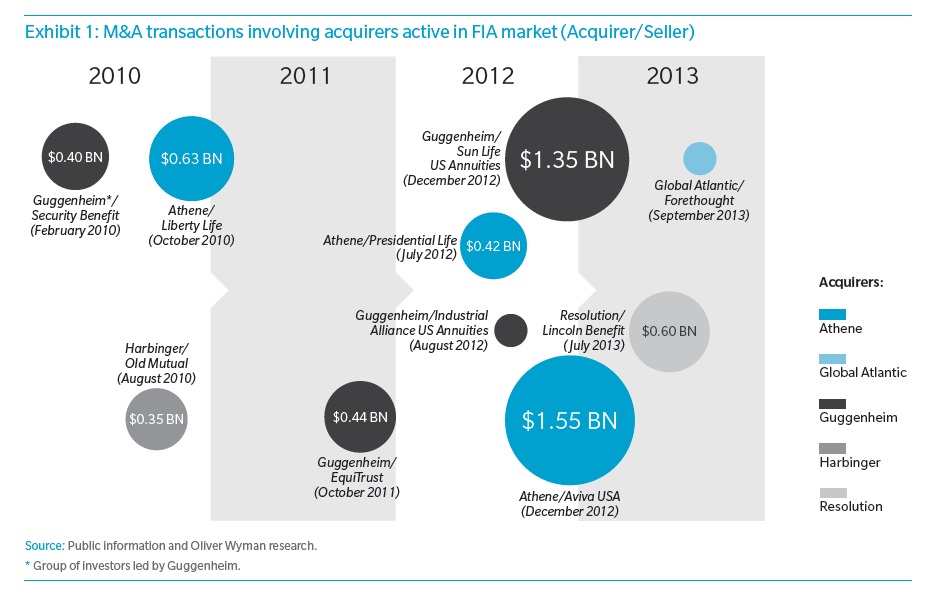