What’s at stake for the UK’s financial sector.

Banks, insurers, asset managers, and associated firms collectively contribute about $147 billion in gross value added (GVA) to the economy, employ over a million people, pay about $80 billion in corporate and income taxes, and contribute a $98 billion surplus to the nation’s balance of payments. (Our estimates are based on an exchange rate of 1 British pound for every 1.2 United States dollars.)

Brexit raises concerns about the future of the UK’s financial sector.

The impact on the sector will depend on the details of the Brexit deal that is ultimately struck with the European Union (EU). If “passporting” is preserved, so that UK financial firms are entitled to serve customers anywhere in the EU and UK and EU regulation are deemed “equivalent” across a broad spectrum of EU directives, then Brexit will have a limited impact on the access of UK-based financial firms to the EU.

In this “high access” scenario, Oliver Wyman estimates only modest downside from Brexit: the loss of about $2.4 billion in revenue from EU business, 3,000 to 4,000 jobs at risk, and tax revenues reduced by less than $600 million. London will likely remain the financial hub of Europe, with the concentration of skilled workers, interconnected firms, and supporting infrastructure that explain its current preeminence.

But significant uncertainty remains. At the other end of the spectrum, Brexit negotiations may not preserve passporting and equivalence. A “low access” scenario, in which access to the single European market is far more restrictive than it is today, would result in a much greater impact on the UK’s financial services industry.

We assessed the likely effects of Brexit across the financial sector if firms are only entitled to limited access to European Union customers. The effects will be greatest in international and wholesale banking, which account for just under half of total financial services revenue in the UK. By our estimates, the first-order effects – those arising directly from lost EUrelated business – would include a $11 billion to $15 billion reduction in GVA, about 30,000 lost jobs, and a $4 billion to $6 billion reduction in tax receipts. 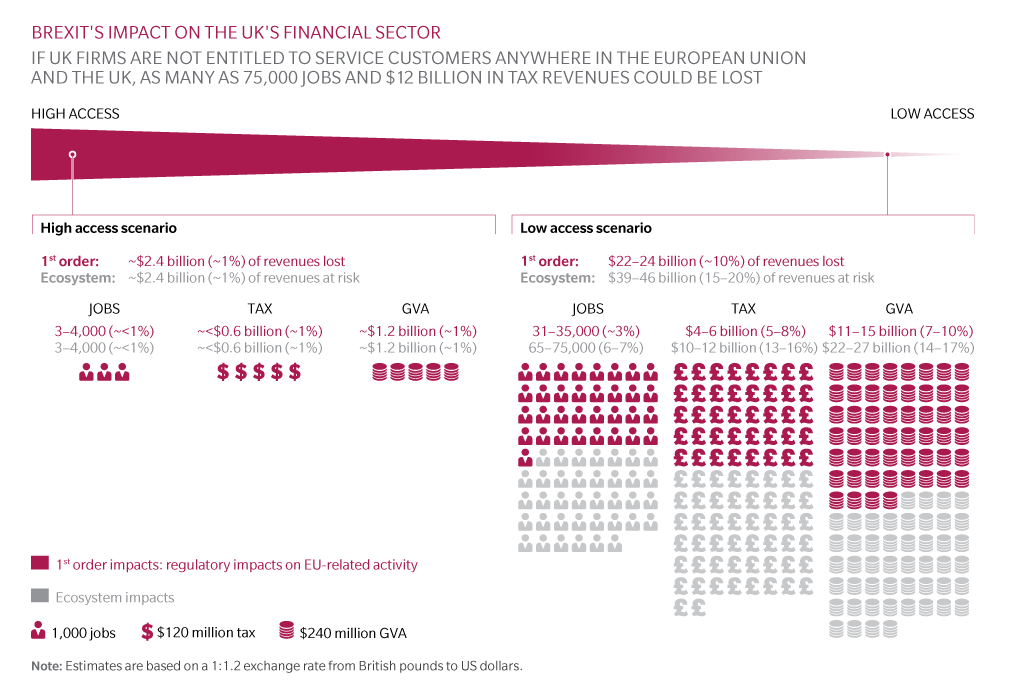 Limited access to the single European market would put 75,000 jobs and $12 billion in tax revenues at stake 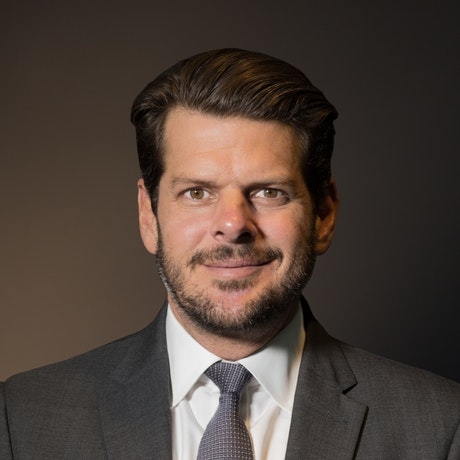