The newest technology may not save trucks from highway congestion, benefiting rail at least for the short haul

The traditional competition between freight railroads and trucks in North America is about to escalate as new economic and technological forces come into play over the next several decades. The development of connected and autonomous vehicles (CAVs) could substantially reduce truck operating costs, making trucks more competitive with rail just as the economy is shifting toward more truck-favorable goods.

Trucking companies are already testing new technologies through “platooning” – in which two or three wirelessly connected vehicles with advanced driver assistance systems travel together. This allows for much closer spacing between trucks, reducing fuel costs. The next step will be multiple driverless trucks that follow a lead truck with a driver. Together with other technology improvements, overall truck operating costs could drop 40 percent in the next 10 to 15 years.

New Oliver Wyman research suggests, however, that there is one problem for trucking that technology won’t solve for at least the next two decades at least: Highway congestion is going to continue to increase – particularly in and around large urban areas. This will have an outsized impact on trucking, possibly leading to service deterioration and supply chain disruption. It will also create an opportunity for rail.

The trucking industry already pays less in fuel taxes than the cost of the damage caused by trucks to highways.

Vehicle traffic, including truck volumes, are projected to rise steadily through 2045, as more Americans establish homes in cities and suburbs and e-commerce increases freight volumes. This means that as the number of cars and trucks grows, roads are going to get a lot more crowded in the near term.

What impact will autonomous vehicles have on all of this? Thanks to tighter spacing, more stable speeds, and safer vehicles, commercial truck platoons should make more room on the roads for cars and smaller trucks. As cars also get smarter, even more highway capacity will be created.

That said, this won’t matter if smart cars and trucks end up being on the road a lot more. Will people abandon public transit and carpooling for longer single-person commutes? Will “fleet” autonomous vehicles endlessly travel the roads between pickups? Will automated trucks take up highway capacity 24/7, essentially creating a “rubber-tire railroad”? As of now, it’s simply too early in the game to answer these questions with certainty.

Still, it is possible to consider potential scenarios for the impact of CAVs as a guide toward competitive and public policy decision-making. To this end, Oliver Wyman recently developed a range of scenarios for key highways in several states and metro areas through 2045. These scenarios consider various assumptions about traffic growth and the timing and penetration of autonomous cars and truck platoons.

As shown in the accompanying maps, our most likely scenario found that significant peak hour congestion will spread out from the central cores of big cities like Los Angeles and Atlanta to encompass much larger areas. While highways outside of metro areas will be less affected, popular connectors, such as State Highway 114 between Dallas and Fort Worth, will see much higher peak-hour congestion.

For the sampled states, Oliver Wyman estimates that truck vehicle-miles traveled on roads already above capacity will rise from 4.7 million in 2016 to 52.2 million in 2045 – an eleven-fold increase.

Given the increase in traffic, government isn’t spending enough on road repair
(2015, in billions of us dollars)

The need to tax

More cars and trucks mean more wear-and-tear to on the nation’s highways and roads. Meanwhile, federal and state governments have been unable to keep pace with highway infrastructure investment needs. Federal and state per-gallon fuel taxes – which pay for highway maintenance and upgrades – have barely increased.

The federal fuel tax hasn’t risen since 1993; state fuel taxes have gone up, but not enough to make up the shortfall. Commercial trucks benefit from the failure of government to raise taxes: The industry already pays less in fuel taxes than the cost of the damage that its trucks do to highways. By contrast, US freight railroads privately fund nearly all their infrastructure.

With an ever-widening gap between fuel taxes and investment infrastructure needs, lawmakers are forced to consider funding alternatives, such as direct highway user fees. Tolling is one option: From 2005 to 2015, state toll road mileage increased 18 percent for interstate roads and 23 percent for non-interstate roads.

A second option would be a tax on vehicle-miles traveled, which a few states are researching. While the tax is likely to ease the current investment shortfall in highway infrastructure, getting it passed would be a heavy lift politically.

As more and more trucks compete for space on congested roads, rail could prove to be an attractive alternative for some shippers, especially for containerized freight. Oliver Wyman estimates that if congestion results in a diversion of 20 percent from truck to rail of the 43 million annual non-bulk truckloads that travel at least 500 miles, this would equate to an additional 8.5 million rail intermodal shipments per year, a 33 percent increase over current projections.

Rail has a couple of advantages, compared to trucks facing highly congested road conditions: Trains can move through many intermediate urban areas faster than trucks, and many rail intermodal terminals are in urban areas. That means shorter truck hauls from terminals to customers, the final leg of the trip. Railroads could further capitalize on this situation by opening more terminals in areas where increased congestion is likely. Where they have enough space next to the rail line, railroads could even create truck-only roads to speed up deliveries to customers.

There are two caveats, however, for rail. Once the penetration of self-driving passenger cars becomes high and the number of non-CAV cars on the road falls, the freed-up highway capacity will stop the growth of congestion, most experts believe. Under such conditions, rail could see a decline in intermodal volumes or have to reduce prices to prevent that.

Second, even if railroads are able to divert intermodal truck traffic for a time, their overall market share of transportation will still drop over the next 25 years; the only question is by how much. That’s because the overall economy is accelerating away from the traditional low-value, bulk goods that favor rail, such as coal.

The fastest-growing commodities will be lightweight, high-value electronics and consumer goods. Shipment sizes and distances will continue to shrink as well, as customized items drop ship on demand directly from manufacturers and artificial intelligence-based predictive inventory practices move goods automatically from local distribution centers to customers.

If the rail industry is to continue growing and thrive into the mid-century, the longer-term outlook indicates a need for rail to evolve in tandem with the changing economic and transportation landscape. These changes need to be groundbreaking, involving adaptation on multiple fronts, from a more aggressive focus on resilience and better use of the rail network to productivity improvements and long overdue technology innovation. 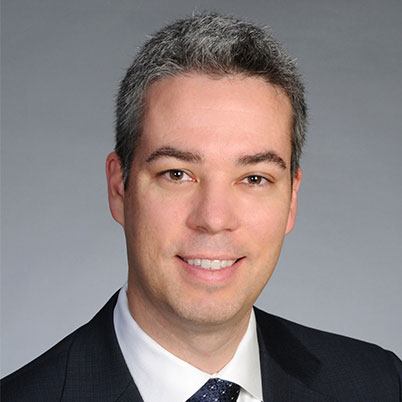 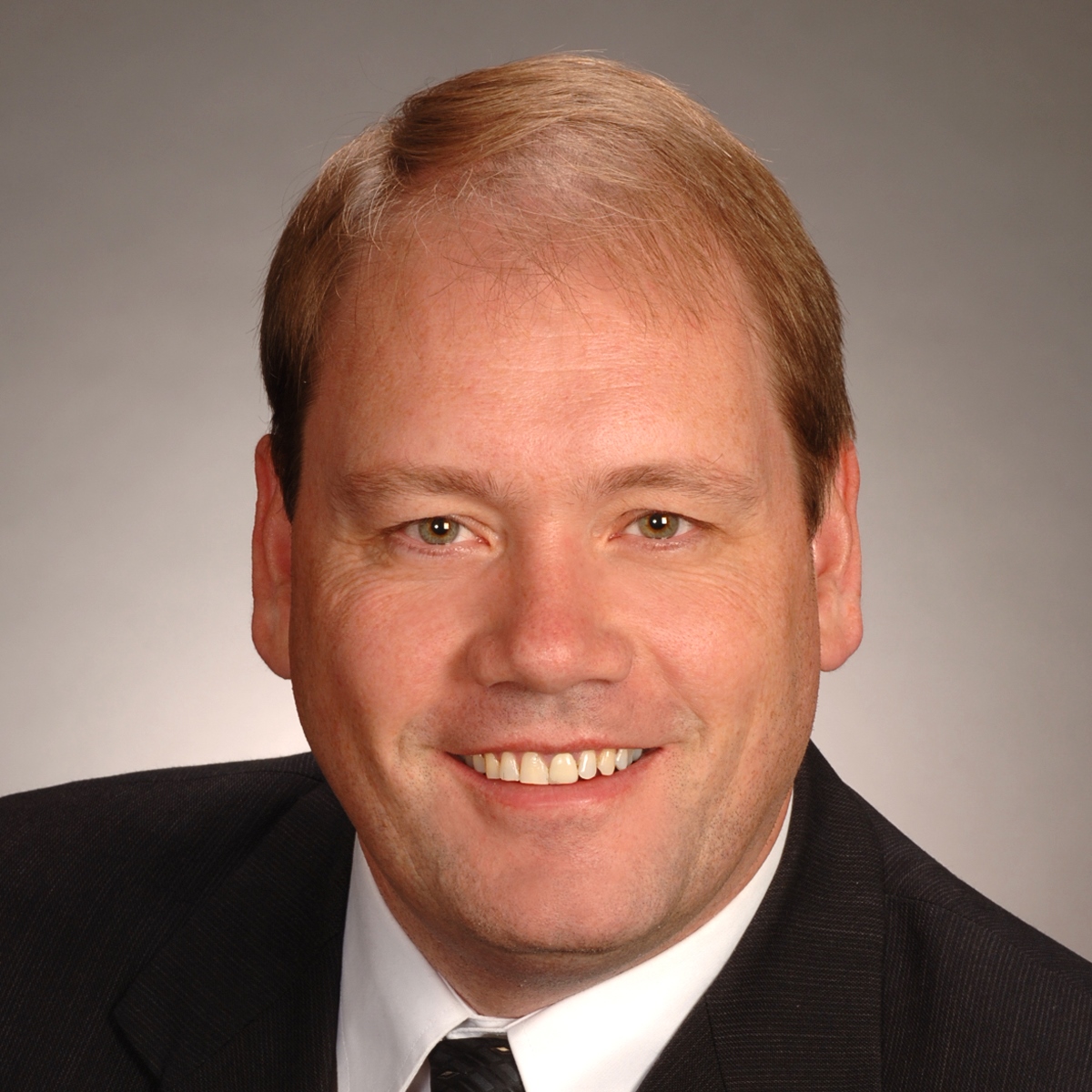 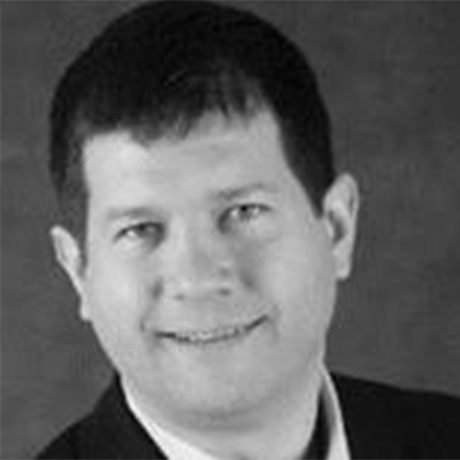