Unsere Expertise Publikationen Automotive Manager 2019 Automotive Startups Grow Up
Investors have seen the future when it comes to the almighty car, and it revolves around electrification, driverless vehicles, ride-hailing, and China. Maybe those choices are not particularly surprising, but the rate at which backers are throwing money at startups may be.

For about a decade, investors have been pouring an increasing amount of money into automotive startups. In 2018, these investments totaled $27.5 billion. That is 30 percent higher than the previous year, but twice the level of 2015 and 20 times that of 2010, according to our research. (See Exhibit 1.)

Rather than a substantial jump in the number of startup opportunities available, the dramatic expansion reflects how much the size of the average deal has grown in less than a decade. It almost quadrupled to $39 million in 2018 from $10 million in 2010, our data show.

Investors are abandoning the scatter-gun approach popular even five years ago. As revolutionary automotive technologies move closer to mass commercialization, investors are becoming more selective, often funneling investment dollars to startups with track records of success. The four trends guiding investment in 2018 are go electric, go autonomous, go ride-hailing, or go China, and our research confirms that investors are increasingly going to certain sure-bet enterprises rather than placing money on long-shot bets on newcomers.

First, there were geographic winners. Almost half of the automotive startups founded since 2000 are based in the United States and China. In 2018, startups in China received more than 41 percent of all the investments made — $11.4 billion;  $7.1 billion was invested in US startups. Singapore came in third with $2.8 billion.

Among the 30 more highly funded startups globally, there is one from Singapore, one from the European Union, one from India, one from Indonesia, and one from Dubai. The rest are either from China, with 13, or the US, with 12.

Seven of the leading Chinese startups make electric vehicles (EV) or EV technology. Much of this success stems from the aggressive support the Chinese government has provided to development of electric vehicle production and sales. Over the past several years, China has nurtured an internal market for electric vehicles by converting its city buses to electric and offering tax cuts to encourage consumers to buy electric cars. Last year, more than half of all electric vehicles sold were sold in China.

MOBILITY AS A SERVICE

Ride-hailing and ridesharing platforms are also among the biggest winners in 2018 when it comes to funding, attracting $7.2 billion. Among Chinese startups, the largest round in 2018 was raised by truck-hailing firm Manbang, according to Crunchbase data.

Ride-hailing companies account for the top five among the list of highly funded startups globally — Uber and Lyft in the US, Didi in China, Grab in Singapore, and Ola in India — with $63.2 billion in startup funding cumulatively. Of that, $47.6 billion is divided between the two behemoths in the space — Uber and Didi.

While many of the startups represent a challenge to legacy automakers, they are also crucial to the automotive industry as they represent a bridge to the next generation of mobility. As a result, some automakers are among those purchasing direct stakes in startups.

Other car companies have chosen to forge strategic relationships that will help support these nascent businesses and guide the development of their innovative technologies. Ultimately, as investors become choosier and flock to the biggest, most commercially viable startups, car companies and global technology giants may end up buying outright enterprises with promising technologies still far from commercialization to ensure they have sufficient funding to eventually move into the mass market.

EXHIBIT 2: 30 HIGHLY FUNDED AUTOMOTIVE STARTUPS FROM AROUND THE WORLD 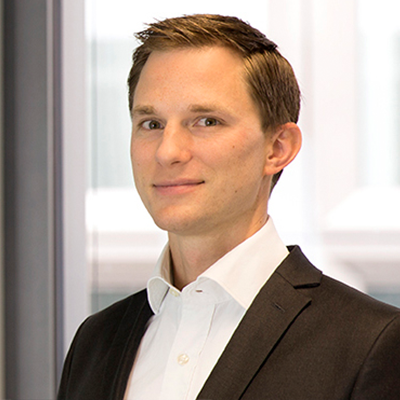